Sepsis, which used to be known as blood poisoning, arises when tissues and organs are damaged as a result of the body’s immune system overreacting to an infection, which quickly becomes life threatening.

Late diagnosis and antibiotic resistance are making it increasingly difficult to treat bacterial infections and to prevent them from developing into sepsis. Every year about 49 million people develop sepsis1, and one in five of them dies. Those who survive often suffer permanent damage.

Other symptoms that may be signs of sepsis:

The most common sources of sepsis 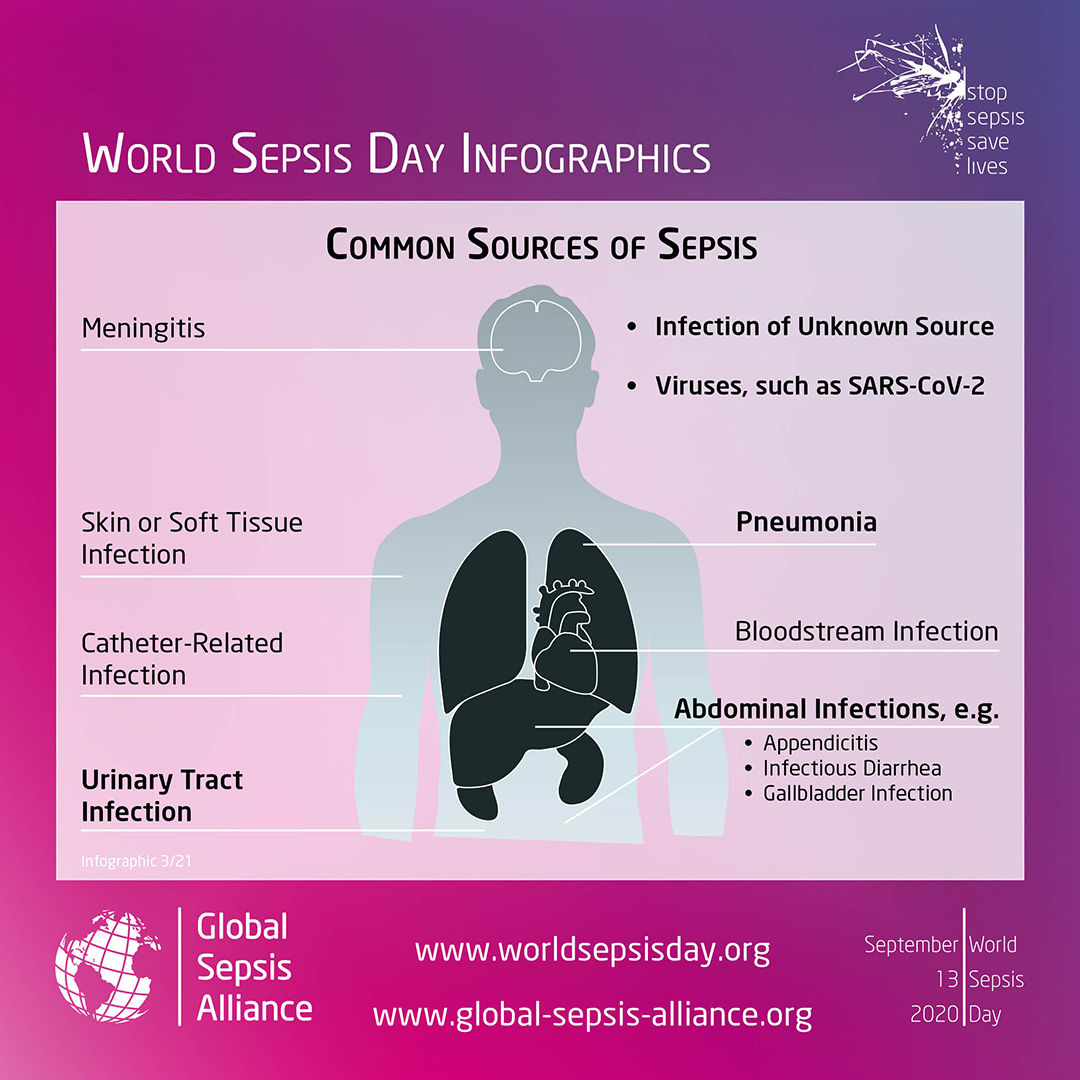 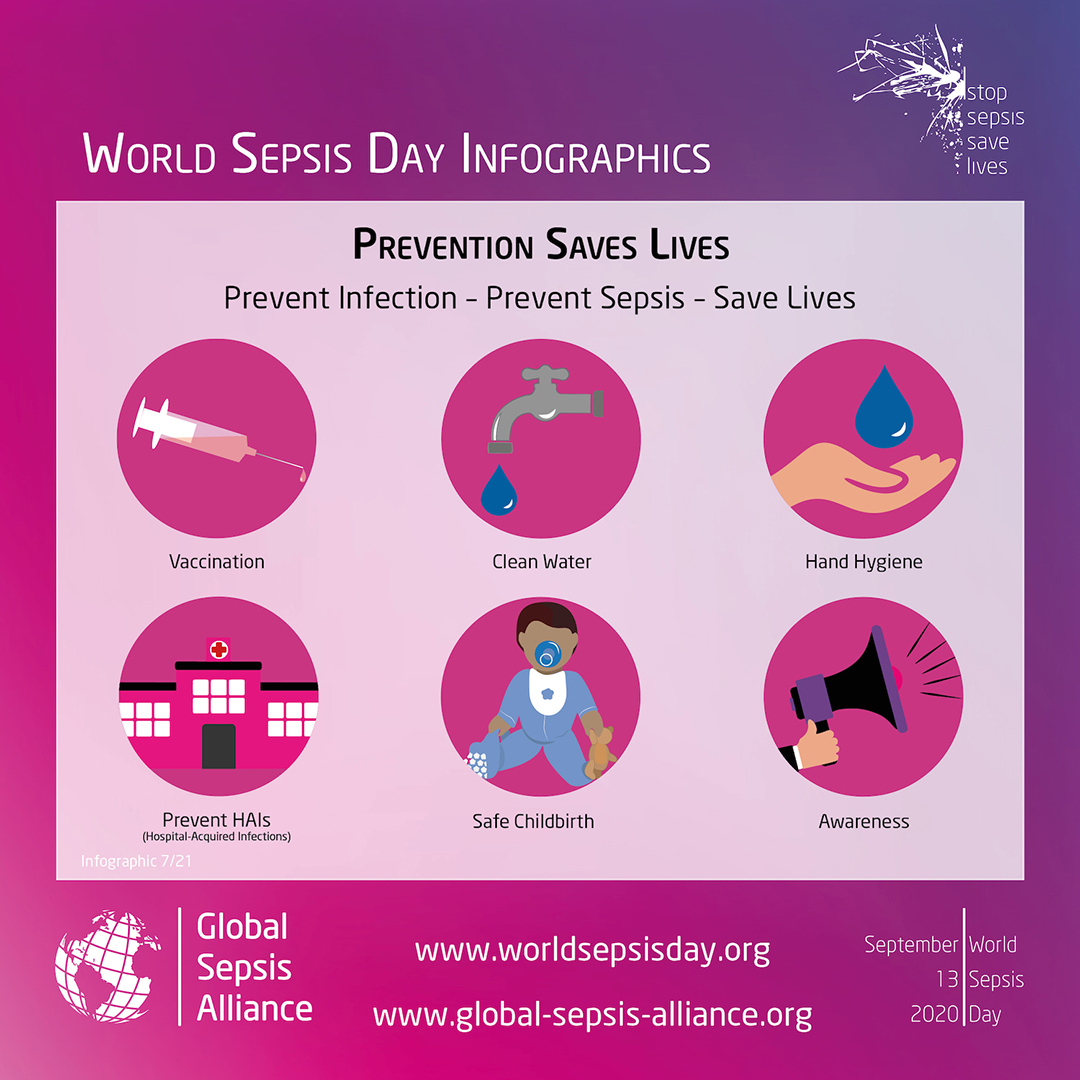 Sepsis is a global health crisis