The Board of Bactiguard Holding AB (publ) has today appointed Anders Göransson as the new CEO. Anders has extensive experience from consulting within McKinsey and has held several senior positions in Amgen, most recently as Head of Innovation Europe. Anders will start his employment in Bactiguard immediately and take up the role of CEO on 1 October.

“I am pleased to welcome Anders Göransson to lead Bactiguard into the future. I am convinced that Anders, with his solid international experience in pharmaceuticals and healthcare, combined with McKinsey’s background, will take Bactiguard to new heights. If global healthcare has not previously focused enough on the problems of infections and resistant bacteria, recent years have shown that companies such as Bactiguard are a prerequisite for us to be able to jointly create a better world to live in”, says Thomas von Koch, Chairman of the Board.

“At the same time, I would like to thank our outgoing CEO Cecilia Edström for her major contribution to Bactiguard’s success. Cecilia announced to the board in February that she wanted to leave the role of CEO after seven intensive years in the management team, but at the same time offered to continue working until a new CEO took office, which she has done with great commitment. The board is also happy that she will continue as a senior advisor and board member”, Thomas von Koch continues.

It is with pride and energy that I look forward to taking on the role of CEO in Bactiguard. With Bactiguard’s technology and product portfolio, we can reduce healthcare-associated infections and reduce the need for healthcare worldwide. More and more large medical technology companies are starting to open their eyes to our unique technology, most recently Zimmer Biomet with its trauma implant ZNN Bactiguard”, says Anders Göransson.

“This is just the beginning, all devices that are meant to remain in the body for more than two days should have Bactiguard’s infection preventive technology. It is my and our employees’ responsibility to spread it as widely as possible to save lives, reduce the use of antibiotics and save money for the world’s healthcare providers. With Bactiguard’s own products and with our licensees’ Bactiguard-coated products, we have only begun that journey”, Anders Göransson concludes.

Anders Göransson, who is 50 years old, began his career as an accountant at Ernst & Young, and later worked as a consultant at McKinsey. From McKinsey, Anders moved to Amgen, where he led the Swedish operations and later moved to Amgen’s European headquarters in Switzerland. Anders has held senior positions in several functions, such as sales and marketing, company integration, and most recently with responsibility for Amgen Innovation Europe. Anders has a bachelor’s degree in business and economics from Uppsala university and an MBA from Suffolk University, USA.

This information is information that Bactiguard Holding AB (publ) is obliged to make public pursuant to the EU Market Abuse Regulation. The information was submitted for publication, through the agency of the contact person set out below 2021-09-07, at 23.59. 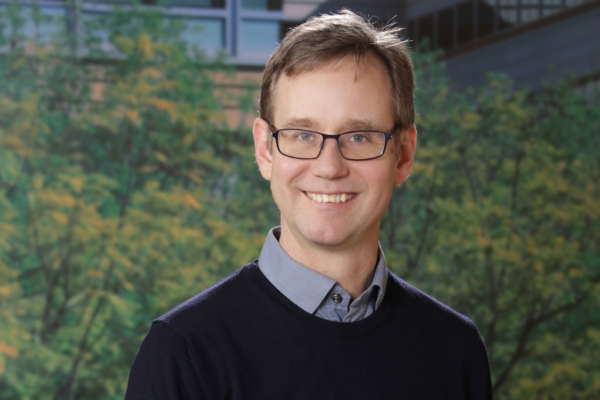