The Bactiguard technology is based on a very thin noble metal alloy coating, firmly attached to the surface of medical devices. When in contact with fluids, the noble metals create a galvanic effect which reduces microbial adhesion. This means that less bacteria adhere to the medical device, which reduces the risk of biofilm formation leading to infection.

Bacteria and other microbes adhere to the surface of medical devices, for example, catheters and implants, resulting in an increased risk of infection. The microbes often form a biofilm, making them more resistant to antibiotics and the patient’s own immune system. The microbes might come from the patient herself or from external sources such as personnel, other patients or medical devices.

How does the Bactiguard technology work?

The Bactiguard Infection Protection (BIP) technology is based on a very thin noble metal alloy coating, consisting of gold, silver and palladium, firmly attached to the surface of medical devices. When in contact with fluids, the noble metals create a galvanic effect. The galvanic effect generates a microcurrent which gives the bacteria almost the same experience as if you put your hand on an electrical fence or lick on a 9-volt battery. 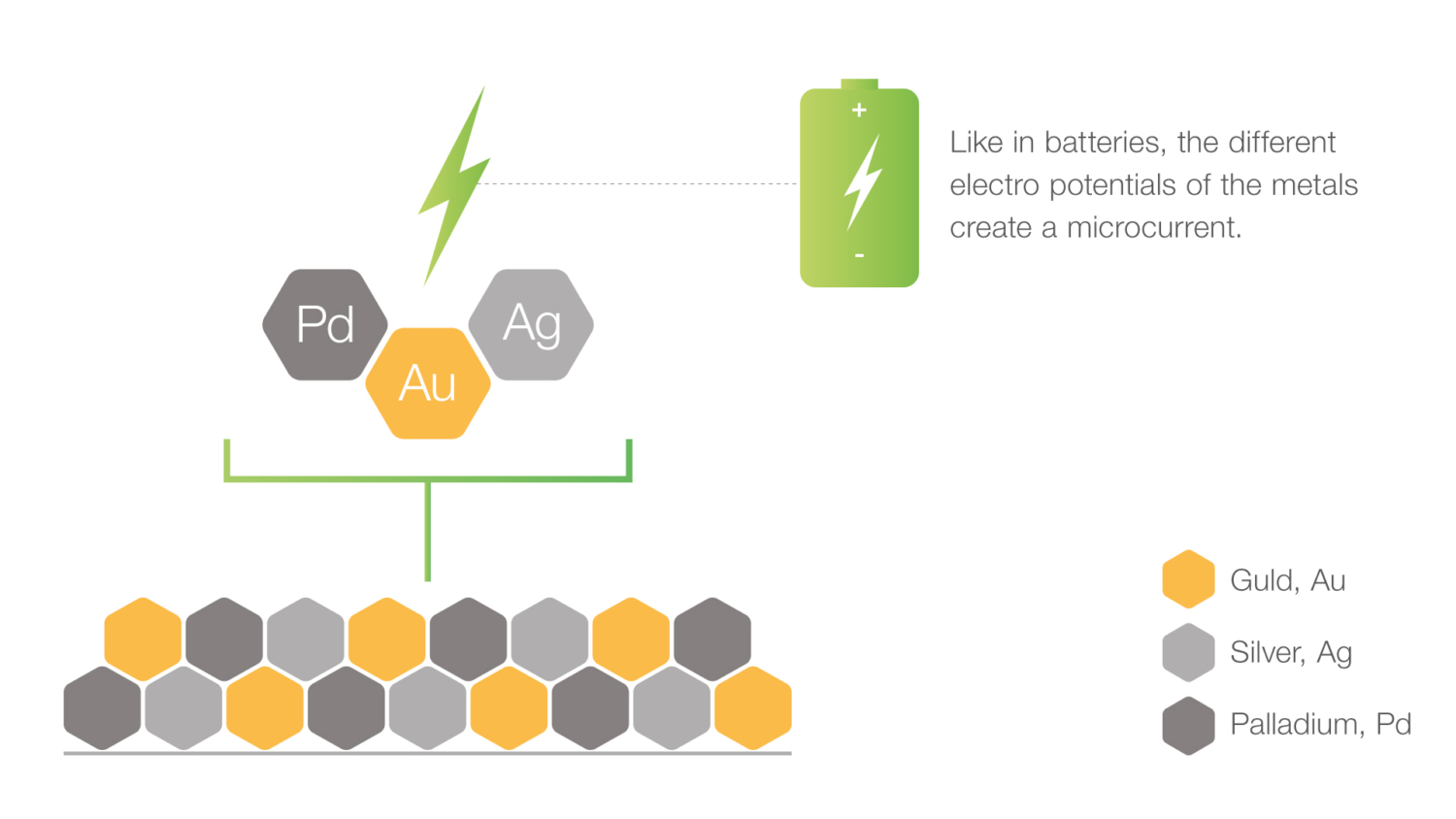 The Bactiguard technology reduces microbial adhesion on the surface

The galvanic effect means less bacteria and other microbes adhere to the surface, which reduces the risk for biofilm formation leading to infection.

Safe for patient and environment

The amount of noble metals at the surface is very low and below all safety limits for each metal, and there is no release of any toxic or pharmacological quantities. This makes the technology both tissue-friendly and safe as opposed to traditional coating technologies which often depend on the release of substances that kill bacteria, e.g. high concentrations of silver ions, chlorhexidine or antibiotics.

Our technology is approved for long-term use on orthopedic trauma implants and can thus be used on implants that will remain with the patient for life.

To date, more than 200 million Bactiguard coated products have been sold for patient use, with no reported adverse events related to the coating.

We perform extensive clinical studies to verify the effect of our technology. We particularly want to see how effective our products are in preventing infections, but we also study safety, user-friendliness and patient satisfaction. We have performed more than 40 clinical studies with 100,000 patients, that among other things show a reduction in catheter associated urinary tract infection (CAUTI) by 69%.1

The technology stems from the Swedish Nobel Prize laureate in Physics 1912, Gustav Dahlén, the man behind the famous AGA Lighthouse. Gustav Dahlén had an apprentice called Axel Bergström, who developed the technique of applying a thin layer of metals to non-conductive materials. Axel Bergström then passed this knowledge on to his apprentice, Billy Södervall, the innovator behind the Bactiguard technology. He refined the technique and in the 1970’s, he started applying the noble metals to medical devices.

For more than 30 years we have been developing our unique coating of noble metals that is applied to medical devices and implants. We performed our first clinical tests back in 1986, and in 1994 a urinary catheter with Bactiguard’s coating was registered by the FDA in the USA.